These objectives will be covered under three components, viz. 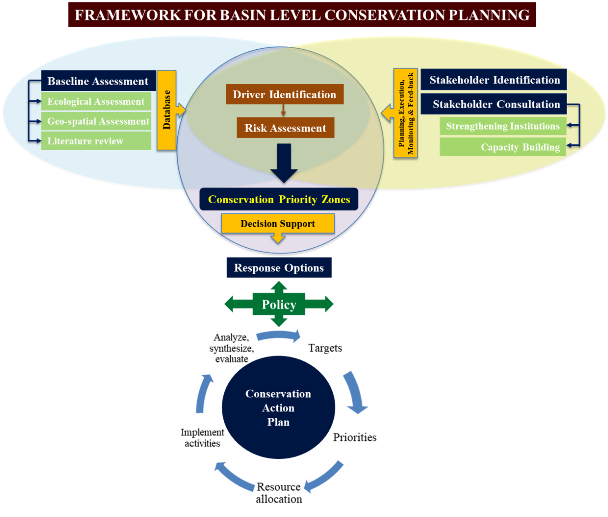 Figure: Framework for conservation planning in the Ganga River basin 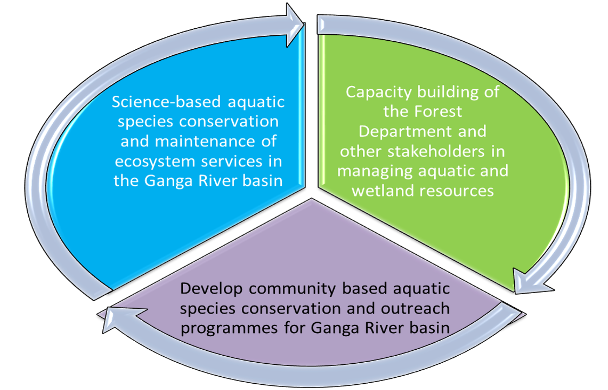 Figure: Components of the project